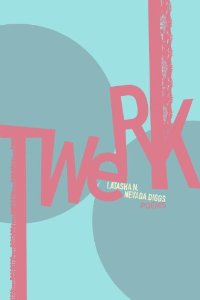 Reading poems, like other life experiences, is not always as simple as it may seem to be from the outside, as when we see other readers flipping happily through collections of best-loved verse…. As my mother would often say, you can’t make bacon and eggs without slaughtering a pig.  – Charles Bernstein

Clearly we have some work to do.

Artist George Quasha recently plumbed his relationship with the “poetics of difficulty” in a post on the Poetry Foundation’s Harriet blog. Quash locates difficulty in texts that resist reader “understanding,” offering an “oddly powerful” experience of “unnatural excitement” in lieu: “one enters as oneself and leaves subtly othered.” In 2011, University of Chicago Press released Charles Bernstein’s Attack of the Difficult Poems: Essays and Inventions. An eminent voice (and name) in contemporary poetry, known as a founder of L=A=N=G=U=A=G=E poetry, Bernstein opens with a tongue-in-cheek diagnostic checklist to aid readers in identification of difficult works:

Bernstein’s brief, humorous opening essay originally appeared in Harper’s Magazine, not in an academic or poetry-centric context; in content, placement, and tone the essay argues that poetics of difficulty concern general readers. Looked at from commercial angles, poetry is small fry and even proponents and enthusiasts accept that there is a relatively small general readership for contemporary poetry. However, as noted by the Guardian “Books Blog” last May, perhaps, “Poetry is not drowning, but swimming into new territory…. a resilient beast.” What is new now?

What inspires readers to move from a comfort zone into hot, difficult water? From the work of deft, gracious stalwarts such as Billy Collins, to the socio-linguistic gymnastics of Latasha N. Nevada Diggs?

Welcome to “metromultilingopollonegrocucarachasblahblahblah,” a poem appearing about halfway through Latasha Nevada Diggs’s 2013 TwERK:

Small Press Distribution’s February poetry bestseller list placed TwERK at second of twenty, just after uber-published powerhouse Sherman Alexie’s What I’ve Stolen, What I’ve Earned. How do poetry books jockey position on a bestseller list? Belladonna* put out Diggs’s anticipated first collection in 2013, but Diggs is no new kid on the block, known for her interdisciplinary work and vocal performance, as well as editorial curation. Surely where names are visible, recognition factors formidably into any contemporary salability. But I’d like to set aside reputation and visibility to ask how TwERK works to make itself moreish on the page?

The poems of TwERK unite in logophiliac polyglot virtuosity. From the first titled section, “anime,” we’re off, running rampant after Nevada Diggs as she throws ye olde dusty modes of second-tonguing (and third- and fourth- and…) against the canvas of the page, transmogrifying the act of translation into cheeky riffing. The coda cum glossary/end notes denotes more than ten languages in play and reminds readers in its title that we’re reading in other kinds of languages and vocabularies too, formulated like an artpiece materials list: “rhinestones, acrylic on panel, knives, mirror, packing tape, fur, found medical illustration paper on mylar, rubber tires, wood, metal, plastic, porcelain, paper, latex paint, Lonely Planet phrase books…” Nevada Diggs nails the everythingness that can be art now. The hyperbolic conflations barely contained in TwERK make the trusty old container, the book of poetry, ‘new,’ as in “krill lassi,” which begins in a rhythm concocted from IT woes, guac, childhood, and auto-correct:

We’re clearly invited to cover a lot of ground here. And to complicate matters, an epigraph from artist Ed Ruscha precedes the body of the poem, “A squid eating dough in a polyethylene bag is fast and bulbous…got me?” But wait! Is this for real? I’ve not found a confirmation of this attribution. Are we being played? For sure, maybe. But we’re being taken somewhere ‘for realsies’ too. This linguistic song and dance repeatedly taps into feeling places, as in the end of the same poem:

For all the teasing and flexing with which Nevada Diggs tautens her lines, she marks a territory in the lyric tradition.

In thinking about how to convey the dynamic power in TwERK, I take liberties, as the text seems to invite. I cook up descriptions that read like off the cuff recipes, as in: take your average ‘multilingual’ poem (there aren’t so many, so, say, outlandishly, an Ezra Pound), add amphetamines to pump up the bravado of the language interplay and the bravado of the diction in general, and maybe for street cred, and a dash of the Mikado of Gilbert and Sullivan, because this books romps in the realm of the cartoonish exotic… then stir, or fast-channel through a cast of worldly lowbrow avatars, bursting into polyphony with noodles, guns, and honeys.

In his final refrain in Warren Zevon’s late seventies “Lawyers, Guns, and Money,” the song’s globe-trotting “innocent bystander” on-the-lam persona claims “the shit has hit the fan.” I employ this reference with intent; Nevada Diggs populates her poems with macho Ricans and Rockys besieging baby-girls—all wishes and bootys—in a garish display that flashes outrageously like the exploitation films that had their heyday in the seventies. Cultures upon cultures clash and procreate. It’s a small world after all, but we’re not in Disneyworld.

TwERK tweaks too fraught to be framed as pure fun, in spite of irreverent pleasure descended perhaps in part from the cultural energy of B-films of yesteryear. Looking at them now, we can see questions of race and agency blowing up on the screen, for better and worse, in loud voices convinced that times were a-changing. But TwERK here and now reminds us just as loudly of where we’ve remained, as when the very young “buoyant pocket-sized queen” at the center of “Unagi” describes her introduction to the phallic pedophilic eel. It’s just not funny or fun, although still full of can’t-stop-watching energy that demands the readers gaze, and then some.

On the page, the story at the center of “Unagi” is not mini-mondo, reduced horror. The containment of the form makes for an experience more shaking than ‘graphic’ effects, for our own minds project the scene of molestation. We are, unavoidably, fellow citizens in this small world.

This is not a collection of new ghazals and these are not poems of the “I” in confessional mode. The poems in TwERK run a gamut foregrounding the malleability of poetic form and staged speech acts. Several more narrative texts like “Unagi” roost amidst the chattery, frenetic cultural rubble-rap that bounds through TwERK. Filmable scenes disappear completely making way for the equal focal force of sound in poems such as “have you forgotten any personal property?”:

Without resolving into narrative, rhythm and association approximate an internal monologue, here interweaving function and fancy; repetition and memory acts blur into rote self-accusation interrupted by flashes of self-love, as in “my song… love… bliss… blackness…” These poems are not just multilingual but multisensory. Diggs knows the way scent ‘tells us something.’ A mediator-creator poet-as-Host, Diggs weaves narrative and non-narrative material into a fabric of sensory experience.

TwERK is available through SPD

Anna Wilson’s poems, reviews, and interviews have been published or are forthcoming in the Chicago Reader, Gulf Coast, Meatpaper, New Delta Review, The Volta and elsewhere. A graduate teaching assistant and M.F.A. candidate at Louisiana State University in Baton Rouge, she writes and makes books, incorporating letterpress and other printing techniques, and handmade papers.